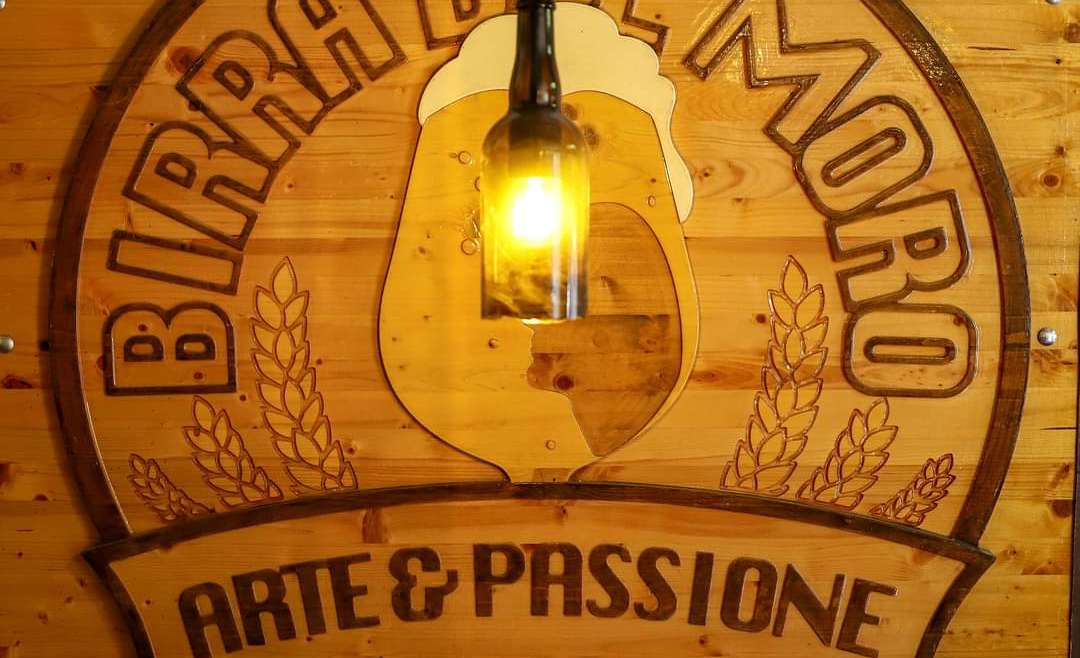 Moro’s beer was born in 2013 and is located in Pontremoli in Massa Carrara, Tuscany, along the road that runs along the Magra river.

In the beginning the brewery started for handmade production and sales only, but overtime it became an authentic brewpub. A place with a young imprint, characterized by an authentic Urban-style, where you can drink an excellent craft beer accompanied by focaccia, either relaxing by yourself or with friends for a laid back evening.

The master brewer of Moro’s beer – Who is Emanuele Sordi

The “Moro’s beer” Brewery is the fruit of the passion and history of Emanuele Sordi, the master brewer and patron of Birra del Moro. His brewing story began when he started making beer with friends using homebrewer kits as a teenager. Something that Emanuele himself defines as a “goliardic” pastime.

After getting a degree in Pharmaceutical Quality Control, he got himself an internship in a pharmaceutical company, but the unsuitable experience led him to give up and seek his way elsewhere. This is how the beer way reopens, followed by the purchase of the first machinery, a small plant with which he tried to make a few beers in the back of his house at night to have enough electricity available.

The beer was excellent, and at that time, very little was known about craft beers, so Emanuele began to propose himself to the locals in the area.

The brewery started off with the right foot, and in a short time, Emanuele made his debut on the Slow Food scene at the “Salone del Gusto” in Turin, with his first beer, “La Dama del Deserto” (The Lady of The Desert).

With that began the fairs, the demand increased, and the beers grew: from the first two, La Dama del Deserto, a Weiss and the Alambra an American Amber Ale up to the current ten beers.

Beers differ greatly in taste and style, with no limits to inspirations from Belgian, German, British and American, but at the same time with important territorial vision.

Written by Elisa Alciati and translated by Laura Fermi

Beer Stefano Legnani Vermentino
We use cookies on our website to offer you the most relevant experience by remembering your preferences and repeating visits. By clicking on "Accept all", you consent to the use of ALL cookies. However, you can visit "Cookie Settings" to provide controlled consent.Read allRead all
Cookie settingsAccept all
Manage consent

This website uses cookies to improve your experience while browsing the website. Of these, cookies classified as necessary are stored in your browser as they are essential for the functioning of the basic functionality of the website. We also use third party cookies. parts that help us analyze and understand how you use this website. These cookies will be stored in your browser only with your consent. You also have the option to disable these cookies. But disabling some of these cookies may affect your browsing experience.
Functional
Functional cookies help to perform certain functionalities like sharing the content of the website on social media platforms, collect feedbacks, and other third-party features.
Performance
Performance cookies are used to understand and analyze the key performance indexes of the website which helps in delivering a better user experience for the visitors.
Analytics
Analytical cookies are used to understand how visitors interact with the website. These cookies help provide information on metrics the number of visitors, bounce rate, traffic source, etc.
Advertisement
Advertisement cookies are used to provide visitors with relevant ads and marketing campaigns. These cookies track visitors across websites and collect information to provide customized ads.
Others
Other cookies are not classified so that we have come to analyze them and are not anchored in a category.
Necessary Always Enabled
Necessary cookies are absolutely essential for the website to function properly. This category only includes cookies that ensures basic functionalities and security features of the website. These cookies do not store any personal information.
SAVE & ACCEPT
Powered by